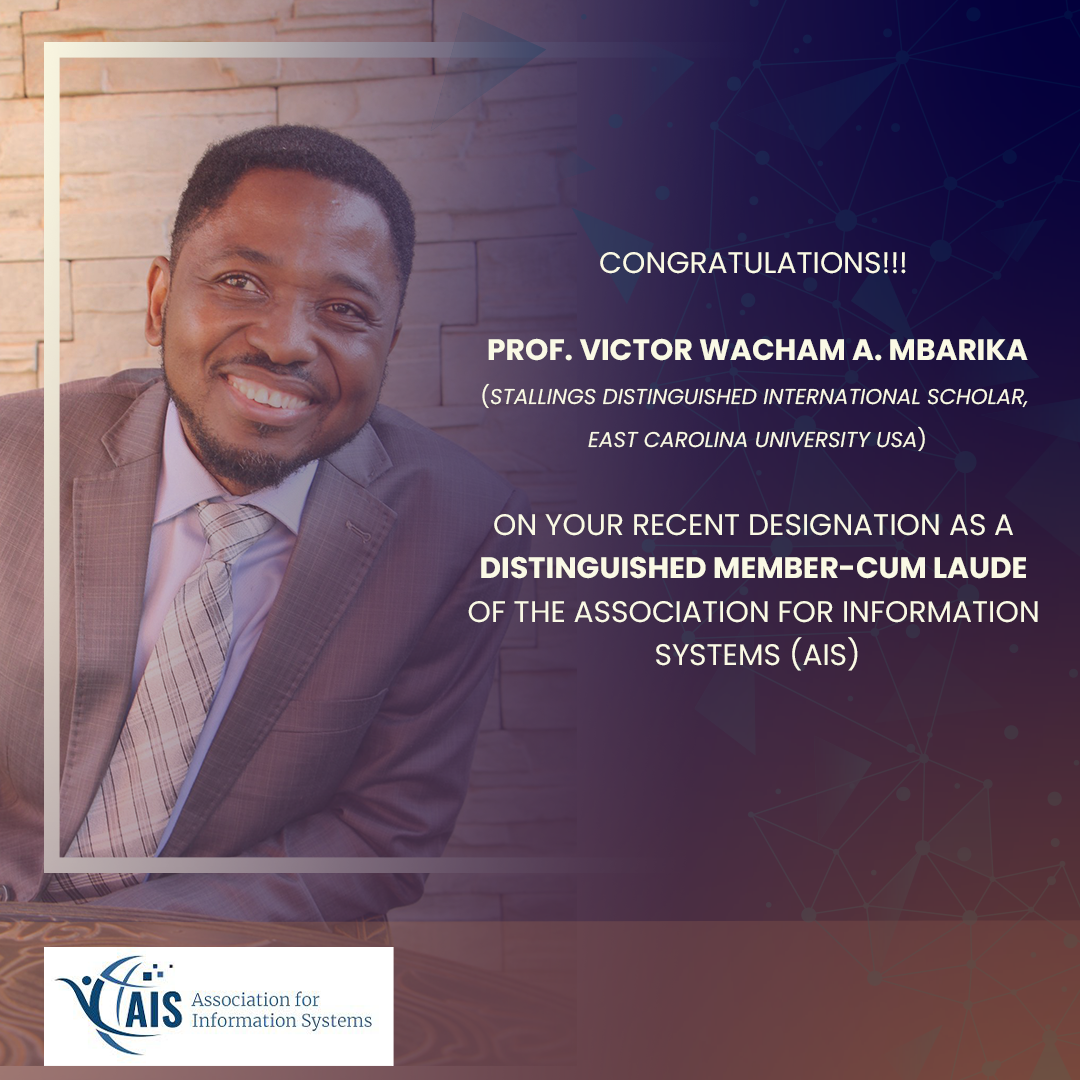 IS is the premier professional association for individuals and organizations who lead the research, teaching, practice, and study of information systems worldwide. For his part, Prof Victor Mbarika is a Stallings Distinguished International Scholar and an MIS professor at East Carolina University, ECU within the University of North Carolina System, in Greenville, North Carolina, USA.

Prof Mbarika is Founder and President, Board of Trustees, of The Information and Communication Technology University, ICT University, with multiple campuses based in developing countries. He is a philanthropist and has funded multiple ICT projects and scholarships worldwide. He is the founder of the ECU International Center for Information Technology and Development. Prof Mbarika serves as Visiting Professor at several Universities worldwide and is currently Visiting Leo Endowed Professor and Visiting Legacy Endowed Chair at Legacy University. He is an ICT consultant and holds a BSc in MIS from the US International University, MSc in MIS from the University of Illinois at Chicago, and Ph.D. in MIS from Auburn University, USA. He completed his BSc, MSc, and Ph.D., all in five years. Prof Mbarika is the recipient of three Lifetime Achievement Awards in higher education.

He has authored over 250 academic publications in the form of books, peer-reviewed journals, conference proceedings, and book chapters. Every year, he serves as Keynote Speaker at multiple conferences worldwide, including speeches at the United Nations—ITU, Harvard University Conferences, African Union, amongst others. Much of his research is on technology transfer in resource-poor settings. He was cited as being “at the forefront of academic research into ICT implementation in Africa, and has provided a theoretically-informed framework for understanding ICTs in less developed countries… ” His scholarly publications have appeared in several of the “Basket of Top Eight” Information Systems journals.

He has received multiple grants (over $4 million) from the National Science Foundation, NASA, KPMG, Microsoft, African Development Bank, and other donors. Born in Cameroon, but now a US citizen, INSPIRE Magazine named Prof Mbarika as one of the top 10 personalities in the diaspora influencing Cameroon and one of the top 100 overall. Prof Mbarika has received the prestigious US State Department Fulbright grant five times to bring in scholars from developing nations to serve at his research center, ICITD. He is Founding Editor-in-Chief of The African Journal of Information Systems and a senior board member for several academic journals internationally. Prof Mbarika is a Lifetime Member of Beta Gama Sigma International Honor Society. He is a member of the Association of Information Systems, the Institute of Electrical and Electronics Engineers, IEEE, The Association for Computing Machinery. He holds over 30 academic excellence awards and has been featured on the cover page of several newspapers and magazines highlighting his research and consulting activities. 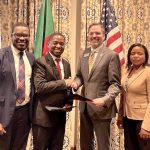 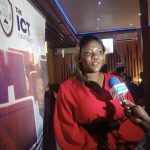