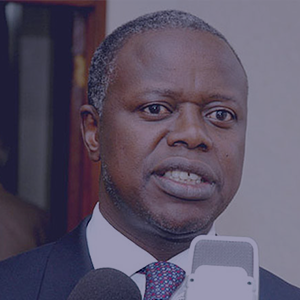 Juma Waswa Balunywa (born 3 December 1955), is a scholar in management, leadership and entrepreneurship. He is also an academic administrator, who serves as the Principal of Makerere University Business School (MUBS), a public institution of higher education in Uganda. He has been at the helm of the institution since 1991, when MUBS was the Faculty of Commerce of Makerere University.

He attended Mwiri Primary School for his elementary schooling. He transferred to Jinja College for his O-Level education and studied at Namasagali College, for his A-Level studies.
Balunywa holds a Bachelors of Commerce degree obtained in 1979 from the University of Delhi in India. He also has a Master of Business Administration, also awarded by the same university in 1981. His Doctor of Philosophy in Entrepreneurship was awarded in 2009, by the University of Stirling, in the United Kingdom