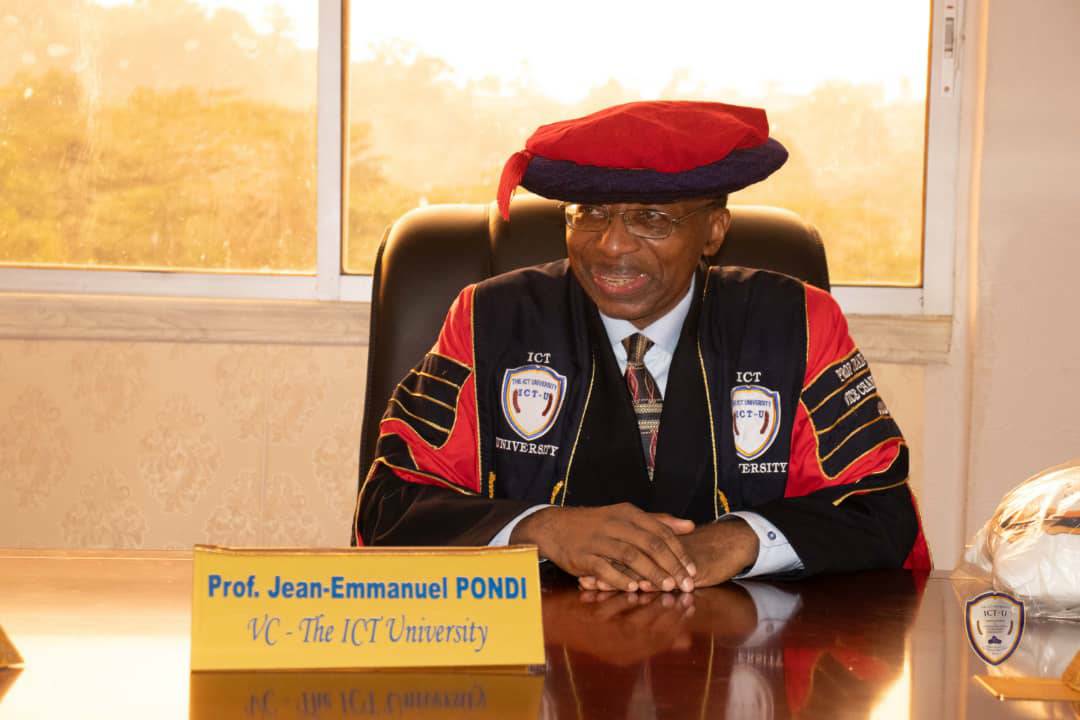 This was during a ceremony at the institution’s campus in Yaounde yesterday, January 5, 2022.

After being commissioned as the Vice-Chancellor of the ICT University, Prof. Jean-Emmanuel Pondi lauded the board of trustees for the confidence bestowed on him. He told the congregation that what matters now is what to be done together with his new team for a university he considers great. His vision is centred on the wellbeing of students with a message of positivity and friendship while creating solutions to any problem.

“I will bring in my best with all sincerity and determination necessary to move forward the ICT University,” Prof Jean-Emmanuel Pondi noted. The new Vice-Chancellor is a well-known professor of International Relations and Political Science worldwide. Upon his appointment as the Vice-Chancellor of the ICT University, Pr Pondi also doubles as Vice-Rector in Charge of Teaching, Professionalism and ICT Development in the University of Yaounde I.

The President, Board of Trustees, The ICT University Worldwide, Professor Victor Mbarika and many other speakers took to the rostrum to thank the out-going Vice-Chancellor, Prof. Anyambod Emmanuel Anya for his remarkable and distinguished services to the University since 2017. He was particularly praised for the new dimension he brought; that of counselling and paying attention to the problems of staff and students. In tears the administrative and student bodies of the ICT University said he will be greatly missed.